I am Black, yet comely.

According to some historians, these words were spoken by the wife of King Solomon.

1 Kings 3:1 tells us that Solomon had made a marriage alliance with the Pharaoh of Egypt, and this meant that Pharaoh’s daughter became his wife.  Solomon brought her from Egypt back to Jerusalem with him and made a very costly house for her (1 Kings 7:8).  He built her a lavish home, even before he built the defense fort (the Millo) (1 Kings 9:24 MSG).  Although Solomon married many other wives, she was the only one who had her own house. It was an exquisite palace.

She was a Black beauty in the eyes of her husband, Solomon; but had to hold her head up high and let the other women in Jerusalem know of her dignity and elegance (Song of Solomon 1:5).

She was the king’s wife – a position of prominence. She was not to be looked down upon because of her dark complexion (Song 1:6). “I am Black, but lovely” (v.5 NASB).

We can say the same thing in today’s society.

We are a people of influence. We are a people whom God has designed to speak to kings and governments.  We are worshippers – but we must worship the God of our fathers – Yahweh. When we worship, we are able to change nations.  We continue to use our skills to invent solutions to problems facing humanity, which ultimately benefits society at large.

Because we are influential, we must operate with integrity and in truth. Pharaoh’s daughter was influential in leading Solomon to worship false gods, and this caused the destruction of the nation.

In contrast, let us use our influence – not for evil, but for good.  We have the fortitude, the knowledge and the guidance of God to do so.

I am Black, but lovely. 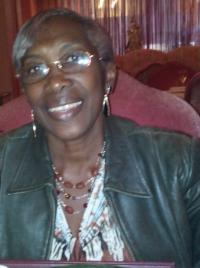